Pat Metheny to perform at Mahaiwe

In 2015, Metheny was inducted into the Downbeat Hall of Fame, becoming the fourth guitarist and youngest member to be inducted. Metheny has spent most of his time on tour, regularly playing more than 100 gigs a year since becoming bandleader in the 1970s.

The exhibit showcases the designs of 18 professional woodworkers from New York and Connecticut’s Berkshire and neighboring towns. A highlight of the weekend was a silent auction to benefit the Berkshire Woodworking Association Scholarship Fund, which supports individuals aspiring to become professional woodworkers. 100% of the auction proceeds will go to the Scholarship Fund, which has awarded $48,000 in scholarships since its inception. The 2022 exhibit will feature 4 scholarship recipients presenting work they have accomplished while at an educational institution supported by the awarding scholarship fund.

The Berkshire Woodworkers Association is a non-profit association of 50 professional and amateur woodworkers who live and work in Berkshire County, Massachusetts, Columbia County, New York, and surrounding areas. Guild members share expertise, tools and business opportunities and raise awareness of the benefits and availability of custom woodworking.

Admission is $5 for the public and $3 for Garden members. To learn more about the guild and upcoming shows, visit https://berkshirewoodworkers.org/

This round comes after Gorevic and Wallach played both Brahms and Beethoven sonatas in a series of performances. The artists expect nineteen works from Mozart’s cycle to be performed in concerts over a year.

The first performance will be Sunday, September 4th at 2pm McConnell Auditorium at the Daniel Arts Center on the Bard College campus in Simon Rock. The show is free; audience members must show proof of vaccinations and wear masks while in the theater.

Ronald Gorevic has had a long and distinguished career in the violin and viola as a teacher and performer. A violinist, Mr. Gorevich’s many recitals have received critical acclaim in the United States and Europe, including major cities such as London, New York, Cleveland, Chicago, and Atlanta. As a viola player, he has been a member of several well-known string quartets. He has played Beethoven loops twice and toured in Germany, Japan, Korea and Australia. Mr. Gorevic was a founding member of the Prometheus Piano Quartet in 1995.

Larry Wallach has been teaching music at Simon’s Rock for five years. He is a performer, composer, musicologist and educator whose interests span the history of Western music to the present day, with a particular focus on Baroque and modern repertoire. He published articles on Charles Ives and Johannes Brahms, and performed all of Ives’ violin sonatas as a pianist. He is a founding board member of the Berkshire Bach Institute.

Dr. Wallach is a keyboard player on harpsichord, organ and piano. He organizes and performs in many concerts and festivals.

His compositions, mainly chamber music, have been performed in New York, New England, Texas, California and elsewhere. In 2020, his orchestral “Species of Motion” was recorded by the Czech Janáček Philharmonic. He has been writing music reviews for over a decade and is currently the music critic for The Berkshire Edge.

A knowledgeable guide will lead the tour, and each activity is open to all. The five-week event will begin September 3-4 and will run each weekend through October 1-2. For more details on the activities, visit the Housatonic Heritage website and brochures detailing each walk.

The annual book sale is a much-anticipated tradition in the town’s summer calendar and one of the Lenox Library Association’s major fundraisers. All proceeds from book sales made up of volunteers go to Lenox Library’s many services, programs, events, and collections.

With a $10 donation, booksellers and collectors can get early admission Saturday from 9 a.m. to noon; early admission numbers are given out at 8 a.m. Admission is free on Saturdays from noon to 4pm and on Sundays from 10am to 4pm. 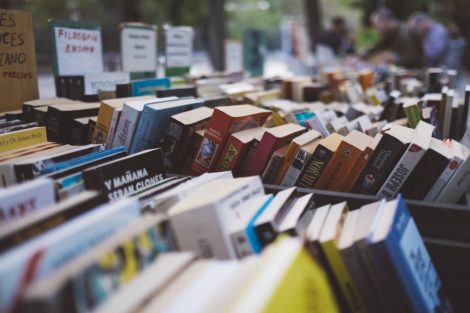 The sale will feature more than 6,000 books in 35 categories, all from Berkshire homes, most in new condition. The Special Interest section features items for collectors, including limited editions, signed and first editions, and other collectibles. The Old Treasures section showcases books from the 19th and early 20th centuries.

Book fans of all ages will find a wide variety of fiction, history, art, biographies, timely non-fiction, local interests and other popular categories, as well as a huge selection of signed books. CDs and DVDs will also be available. The price of the paperback is $1-3. Hardcovers in their best condition start at $3.

New this year is a sweepstakes of five high-value prizes donated by local businesses and individuals. Prizes include: $400 gift card to a local restaurant; a spa day for two at Canyon Ranch; a cooking class for four at Canyon Ranch; baseball tickets to a Red Sox game for two at Fenway Park; and two Yankees at Yankee Stadium tickets. Raffle tickets are $10 each, $25 for three, and $40 for five. They’re on sale every Monday from 11am to 3pm at the weekly Lenox Farmers Market, the library on request, and the book sale on September 3rd and 4th. Drawings take place on Sunday, September 4th at 4pm in the Lenox Town Hall Auditorium.

Singer Elizabeth Berliner will perform as “Jaane Doe” outside City Hall on Sunday from 1-3pm, with new shows coming this year.

For more information, please contact Nancy Cohen at nancycohen1112@gmail.com or 413-652-1327 or visit lenoxlib.org/support/book-sale​​le