A postcard left in the Oakland Public Library book. It’s part of a collection called “Found in Library Books”.

Oakland, California – For many readers, turning the page takes them on an imaginative journey. For one librarian in Oakland, she took the gift between pages to a completely different plane.

For nearly a decade, Sharon McKellar has been collecting artifacts left by readers on borrowed pages. 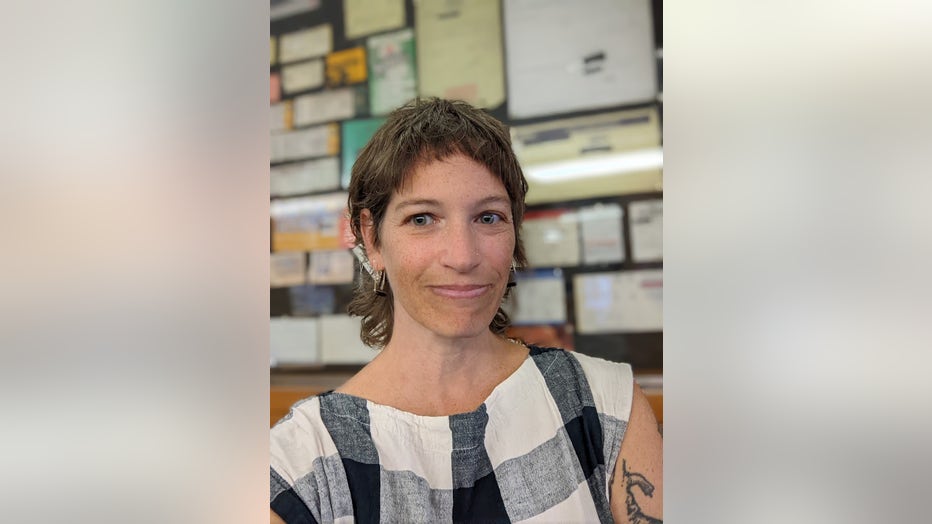 Sharon McKellar of the Auckland Public Library has catalogued the numerous personal items found in library books over the years. (Sharon McKellar)

They range from intimate love letters to pictures drawn by small, unstable hands. They include photos, old ticket stubs, to-do lists, and even dental reports.

Behind each item, there is an untold story, and all unknown characters are tied to the hands of the book that once opened the item.

McKellar estimates she has collected about 600 memorabilia since around 2013.

“I’ve been loving this stuff for a while,” the longtime librarian at the Oakland Public Library (OPL) told KTVU.

At first, it was something she did for personal enjoyment. She would grab an unclaimed item that would fall off the pages of the library.

Knowing that she wasn’t the only one in the workplace who found personal items in the returned books, she decided to reach out to her colleagues and invite them to share their findings. She then blogged about the findings.

The blog eventually morphed into a page on the OPL website she created last year called “Found in Books in the Library.”

“I thought it would be cool because it’s more of a complete archive and directory that people can browse,” McKellar said.

Visitors are invited to let their imaginations work, on the page it asks, “Have you ever wondered what happens to what you leave behind?”

Those left behind can be seen in hundreds of scanned photos of the found items, uploaded to the website, so the treasures can be shared with the community. Addresses and other personally identifiable information are masked for privacy purposes.

Of the many souvenirs she encountered, she said two hold a special place in her heart.

“One of the paintings is called ‘Dad and CJ,'” shared the librarian.

In that pencil drawing, a child’s hand draws a large image of a man with demonic horns and a demonic pitchfork, identifying the evil figure standing in flames as “Dad.”

Next to him, the artist painted a much smaller figure with a visibly frowning face, labeled CJ. 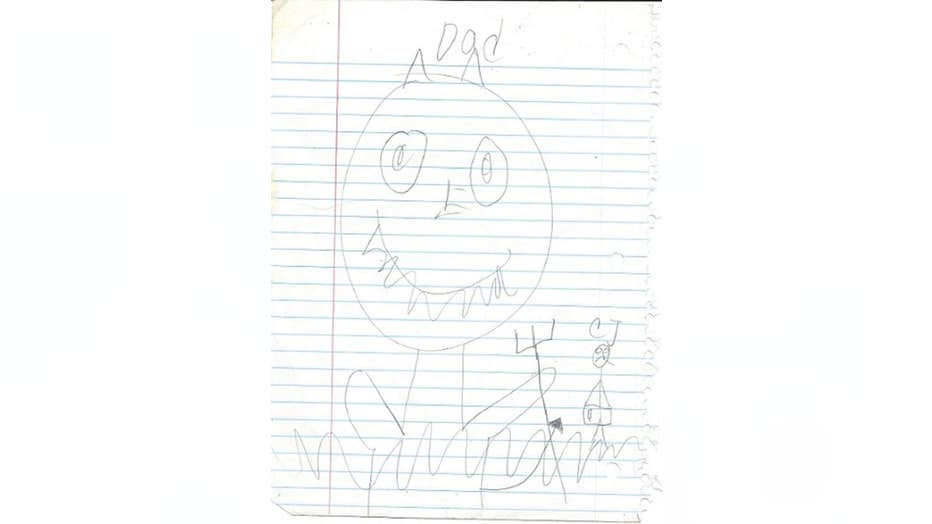 “I’ve always loved that one because the kids were cute and funny and who knows what Dad did that day to make CJ mad,” McKellar said.

Another postcard she said was her favourite was to a man named “William”, in which the author explained that it would be the last in a series of unanswered letters she had with him.

“I must have sent at least 36 cards/postcards/letters,” the author said. “Hope you all received it. Hope you all are well and well.” The author then went on to say, “Completely different level of support from you and me, eh? But that was then, and it is now.”

McKellar’s words left her with a lot of questions. “Think about this person writing to this person 30 times and never getting a response. I’m intrigued,” she shared. 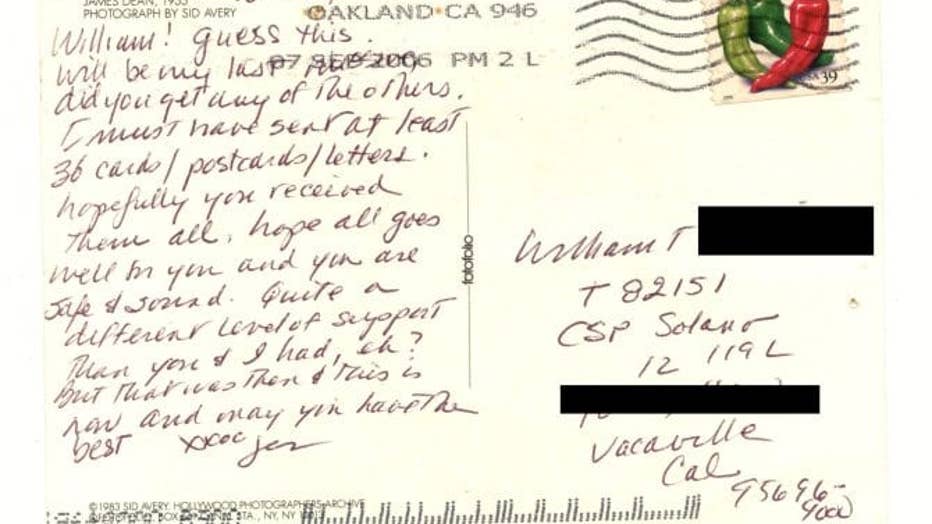 The postcard, titled “Then Is Now”, is part of the Auckland Public Library’s collection of items left by readers in the library’s books.

The catalog contains more heartfelt notes, like this one, written on a yellow post-it note: “Remember I love you darling. The past is the past, so let’s not take it home. I Just want to love you and be happy.” It was signed with a smiley face.

McKellar aptly named it “Remember, I Love You.” 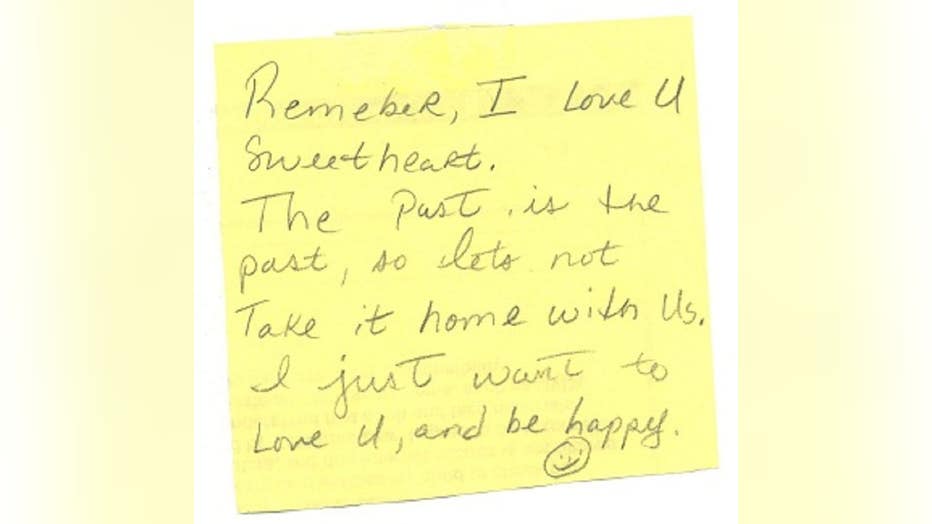 This note is part of the Auckland Public Library’s “Discover in Library Books” project, a collection of personal items left in borrowed books.

In another borrowed book, someone left a story about heartbreak. “Translation: When you broke my heart…you freed me,” the person wrote, ending the note with a “thank you.” 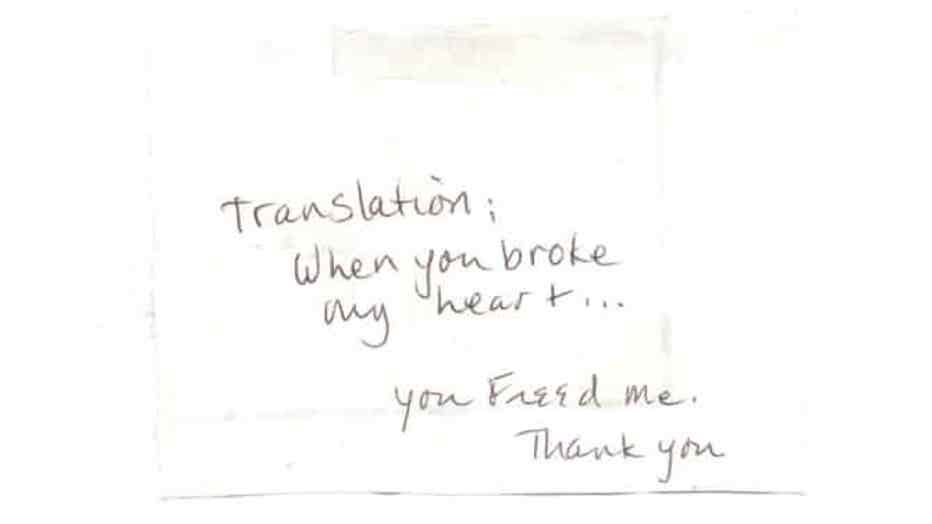 Sometimes, these items go back to their owners, and when that happens, it’s a pleasant and welcome event.

Once, after sharing a person’s childhood photos at the library, a woman saw the photos and recognized them, saying they were from her childhood. She reached out to the library to retrieve them.

“There isn’t another copy,” McKellar said, noting that some were Polaroids. “They’ve been lost since she was a child.”

What makes more sense is that the woman is pregnant and is happy to finally be able to share her childhood photos with her own child.

“After she discovered them on Instagram and the website, we were able to reunite this amazing mother-to-be with her years-lost childhood photos,” Oakland Public Library: Found in Books in the Library Share on social media. 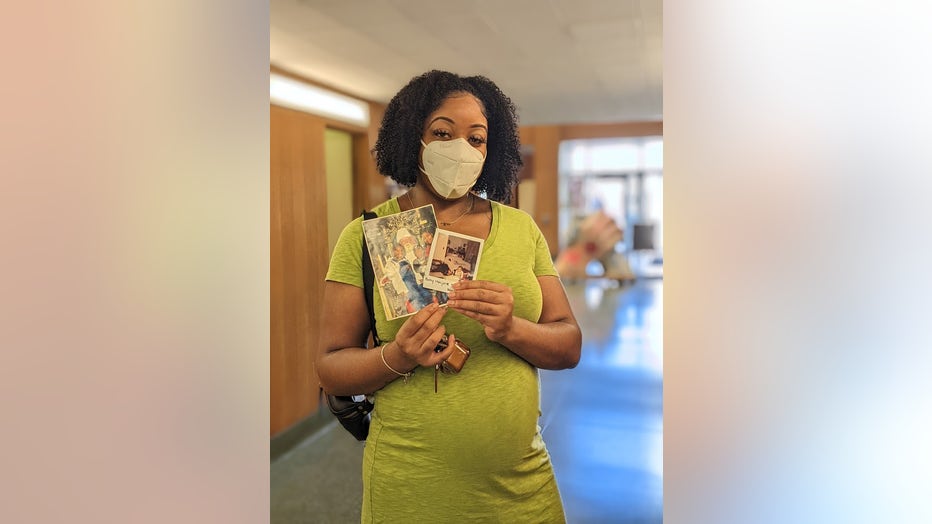 The series has become increasingly popular with people visiting the Found in Library Books page and its Instagram, with many sharing their own special finds.

“The more we share, the more feedback and emails we get to share stories of what they’ve found,” McKellar said, adding, “Just today, I got an email from Cincinnati, Ohio. Letter, letter from a guy in a second-hand bookstore.”

The librarian, who has worked at the Oakland Public Library for nearly 20 years and is currently a supervising librarian for youth services, said she hopes to expand the Discover in Library Books program.

She said she envisions getting the community, especially young people, more involved by eventually launching a creative writing program based on found objects and allowing people to submit their own stories behind these treasures.

Currently, library patrons can witness some of these items in person. They will be on display at the Oakland Main Library on 14th Street as part of an exhibition. They are expected to be on display until at least December. 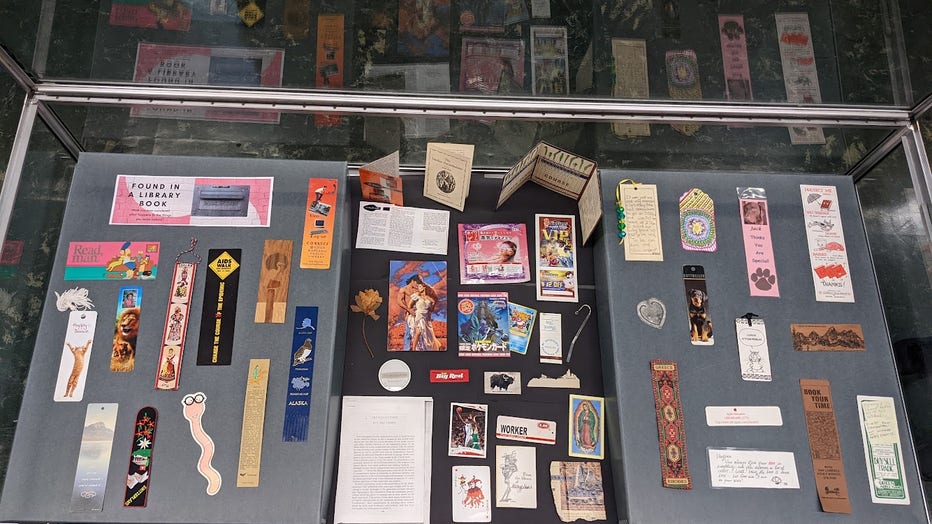 The collection is a gift and a snapshot of the community McKellar has long served, and like the books she helps care for and curate, they tell stories and offer limitless possibilities for the imagination.

“People have found beautiful things about this being,” McKellar said. “It’s a really interesting collection with a bit of community and humanity in Oakland.” 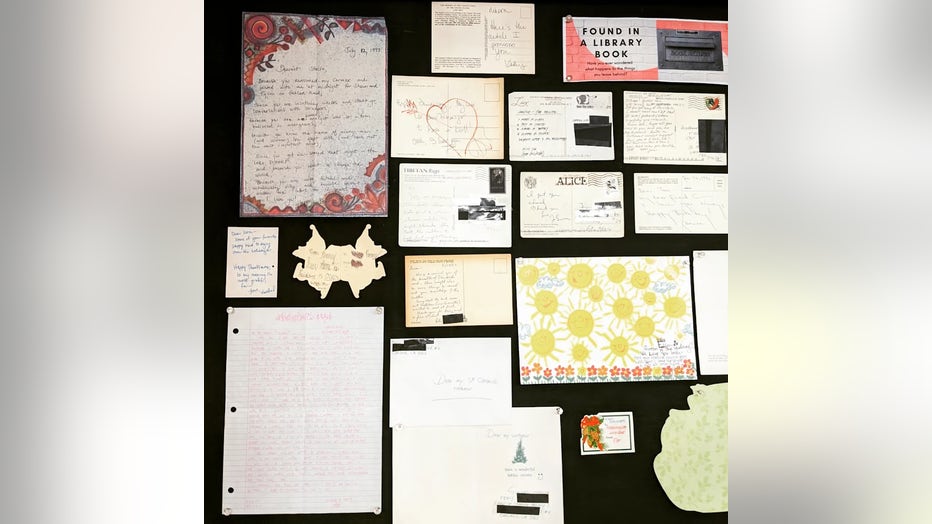